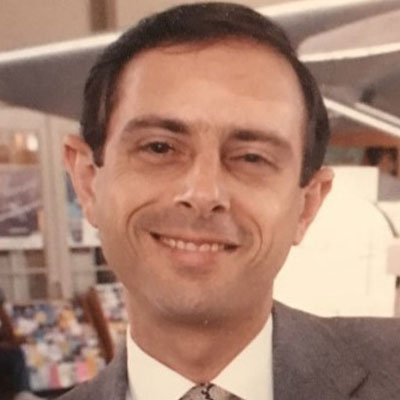 Brian Dubow has been supporting educational organizations and Boards since 1982. He was the engineering team captain judge for the Greater San Diego Science and Engineering Fair for 30 years, Program Director for the UCSD and SDSU joint NASA Get-Away-Special student experiment for 11 years which successfully flew in orbit on the Space Shuttle Endeavour in 1993, and was Chairman of the Board for the Engineering Academy at the Career-Tech Center for TBAISD for 7 years. Brian was the Director of Education and Student Affairs for the American Institute of Aeronautics and Astronautics San Diego Chapter for 8 years, which led him to run the NASA student program mentioned above. Brian won the Charles A. Lindbergh Award and Grant in 1990 for Aviation and Aeronautics, where he used the grant money to fund the NASA student experiment ($10,580.27, the cost of the Spirit of St. Louis in 1927). He also won the “Outstanding Contribution to San Diego Community” and “Dedication to the National Space Program” awards both from AIAA in 1990 and 1991 respectively.

Professionally, Brian was a Program Manager and Chief Engineer in the aerospace world, working at 3 San Diego defense contractors and at UCSD where he ran 9 NASA contracts, including 4 that were medical missions on the Space Shuttle’s Spacelab Life Science Modules understanding what happens to the human body in a microgravity environment, where the astronauts did the medical research on themselves. Brian has been retired since 2011. Brian has degrees in Chemical Physics, Aerospace Engineering and Systems Engineering. He has been married 37 years, has 2 adult children, and enjoys hiking, kayaking, bicycling, woodworking and doing construction around the house.